Just 30 million light-years away, the large spiral galaxy NGC 3628 (center left) shares its neighborhood in this small group of galaxies with two other large spirals, in a magnificent grouping also known as the Leo Triplet. about 35 million light years in the direction of the constellation Leo.

But perhaps most curious is the spectacular tail that expands down and to the left for some 300,000 light-years from the warped disk seen from the side of NGC 3628.

This structure, known as a tidal tail, has been blown out of the galaxy by galactic tides during the brief but violent past interactions with its large neighbors. The tidal tail is made up of young bluish star clusters and regions of star formation.

Photographic work done during the month of May 2021 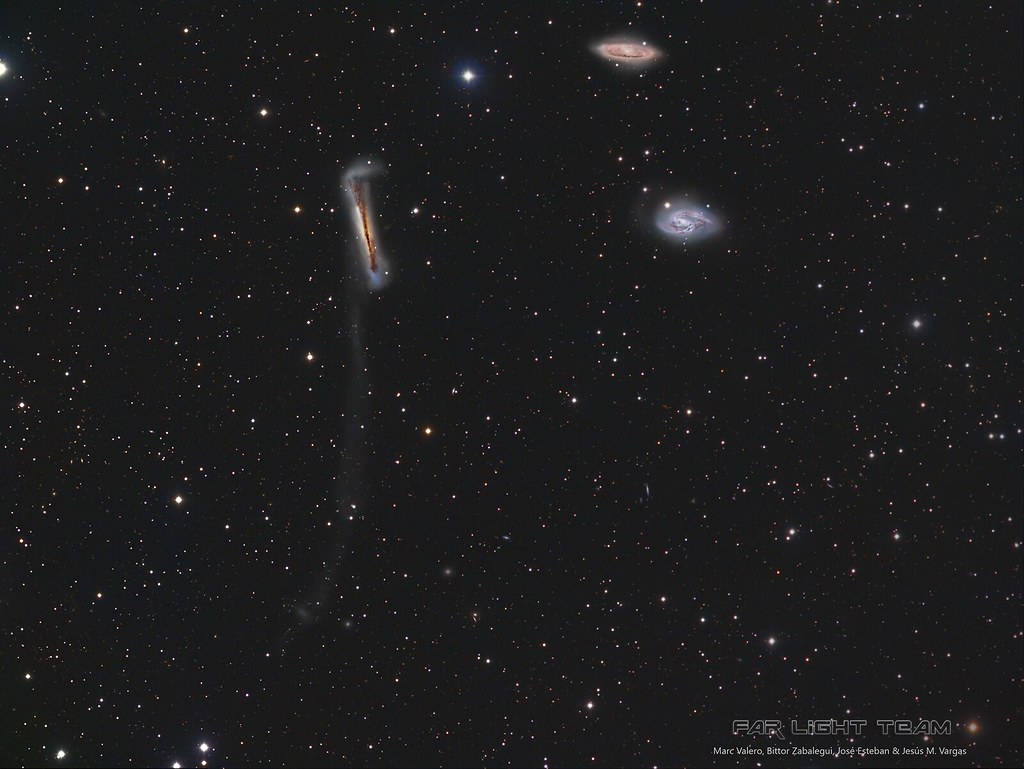 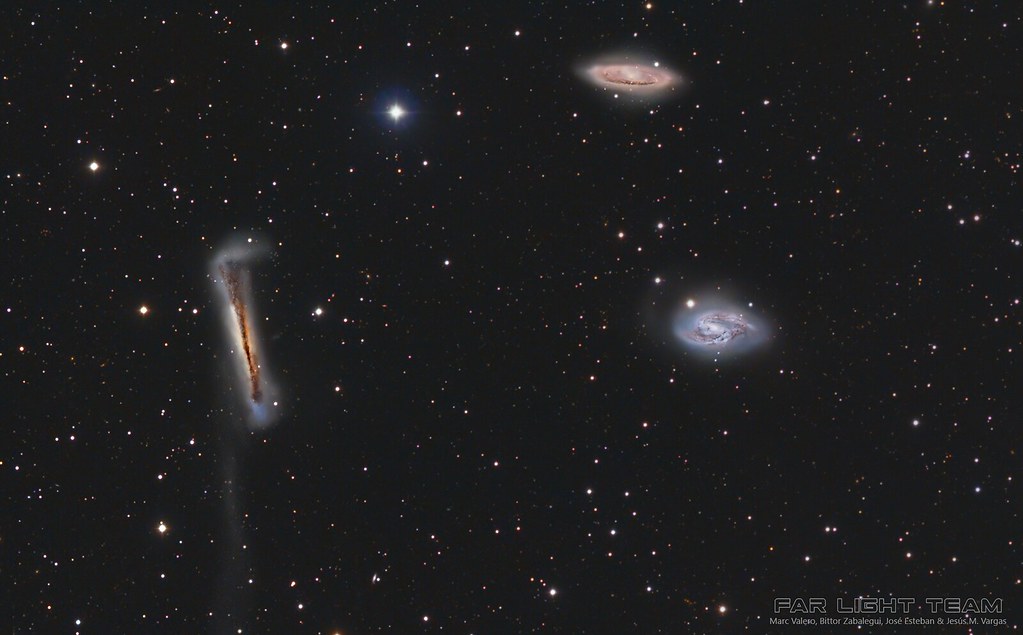 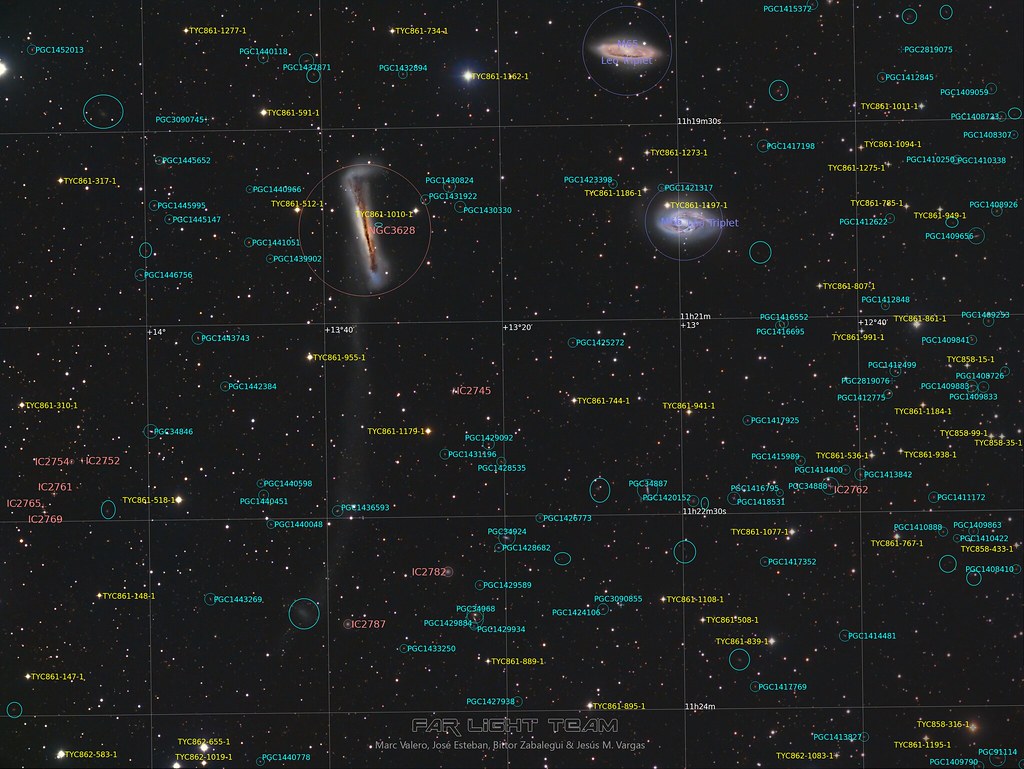